I am very grateful for the opportunity to share my research with the Department of Anthropology and African Studies at Tulane University, tomorrow, March 10th, at 4pm in Dinwiddie 103. 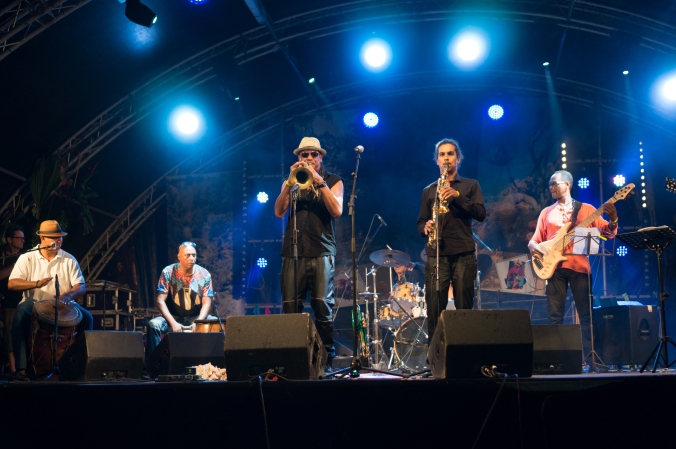 Although—or perhaps, because—it did not lead to political independence, the Guadeloupean separatist movement of the 1970s and 1980s has had an enduring but ambivalent legacy. Fifty years after the events that launched the Guadeloupean separatist movement, the Caribbean island remains enmeshed within the French state and the European Union. Meanwhile, Guadeloupean music—especially those styles that have incorporated the gwoka, a drum that has become of a sonic identity marker—continues to capture the tension between nationalist longing and diasporic or regional belonging. Based on nearly ten years of work with Guadeloupean musicians, this presentation explores the work of artists who have brought jazz and gwoka together. I propose that jazz and gwoka have—at different times and in different hands—combined to form diasporic auralities through which contested imaginaries are performed and discrepant Antillean ways-of-being are sounded. Through three case studies, I bring to light the strategic interweaving of the trace, opacity, and the abyss—concepts borrowed from Edouard Glissant’s poetics of Relation—that animates the complex and dynamic poetic of the Guadeloupean postcolonial experience, challenging theoretical separation between nationalism, diaspora, and creolization.